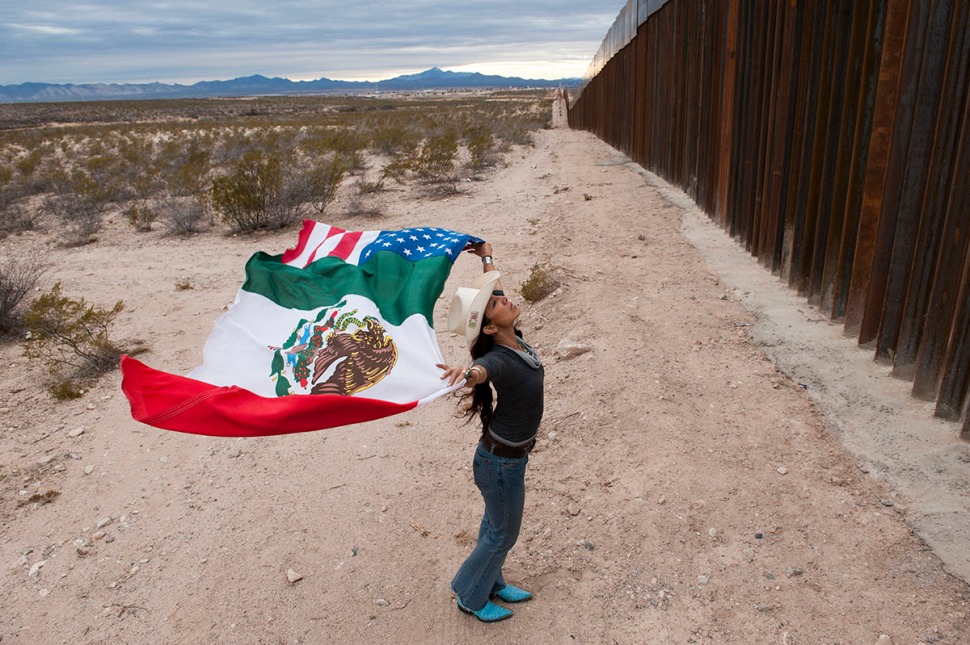 1990 K Street NW, Suite 03
Inspired by and organized in cooperation with the Mexican Cultural Institute.
The following text is from the Goethe Institut Washington website announcing the exhibition:
This exhibition aims to contribute to our ongoing conversation about walls, borders and people.
Until recently, the idea of separating territories and peoples via manmade borders seemed an outdated relic from the past. Recent political developments, however, including the creation of new barriers at the European Union’s borders, have made such barriers a topic of heated debate once again. Germany’s own past in this regard serves as inspiration for two German artists, Daniel Schwarz and Stefan Falke, who take a close look at the geography and the cultural and social commonalities on the two sides of the U.S.-Mexican border.
Two 1,000-inch-long accordion books by Daniel Schwarz entitled The Mexico – United States Border (East & West) make the border tangible, examining it through Google Maps satellite imagery. Starting in the West with the Pacific Coast’s urbanized area between San Diego and Tijuana, the books extend eastward to the Colorado River Delta and Sonoran Desert, through the Chihuahuan Desert, and then proceed along the course of the Rio Grande to the Gulf of Mexico in the East.
In the photography project LA FRONTERA: Artists along the US Mexican Border, Stefan Falke focuses on artists who live and work along the U.S.-Mexico border, documenting their individual stories and their arts’ positive influence on their societies. LA FRONTERA functions as a counter-narrative, giving a face to the vibrant culture, cultural expression and artistic exchange of this little-known border region which is disproportionally portrayed by the media through the lens of violent crime.
Daniel Schwarz works and lives in Los Angeles and teaches at Loyola Marymount University. He moved to Los Angeles in 2013 and graduated from UCLA with an MFA in Design Media Arts. His works, which engage critically with aspects of control and power structures, state authority and cartography, have been exhibited and performed at MassMoCA in New York, Sónar Festival Barcelona and the Venice Film Festival.
Stefan Falke moved to New York in 1985, where he works as a photographer. LA FRONTERA: Artists along the US Mexican Border, on which he has been working since 2008, received the 2013 David Chow Humanitarian Award and has been exhibited in Mexico, the U.S. (e.g. PHOTOVILLE 2014/New York) and Germany (e.g. Triennial of Photography/Hamburg). The project has been featured in The New York Times, BBC, The Huffington Post, Wired.com and others.
Inspired by and organized in cooperation with the Mexican Cultural Institute, which is exhibiting a related show entitled Delimitations from September 28, 2016 – January 28, 2017, including an artist talk on the day of the opening. Works by artists Marcos Ramírez Erre and David Taylor catalog a 2,400-mile-long, site-specific installation that traces the border between Mexico and the United States as it existed in 1821. In marking the short-lived historic boundary with a series of monuments that mimic those installed along the contemporary border between Mexico and the United States, Ramírez and Taylor question the permanence of borders. Their work acknowledges the territory that Mexico lost and makes a claim for the present, not to contest the current boundary but to prompt a recognition that the United States and Mexico have a shared history and a common interest. 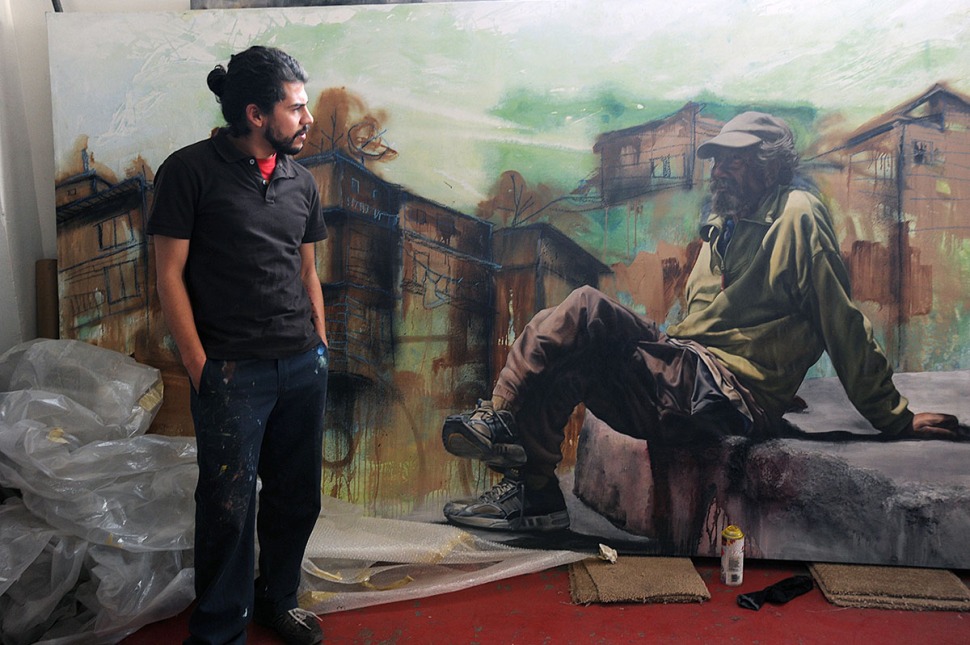 Stefan Falke
New York City, NY, United States
New York City based photographer Stefan Falke is the author of two books: “MOKO JUMBIES: The Dancing Spirits of Trinidad”, and “LA FRONTERA: Artists along the US – Mexican Border”, both books resulting from his personal long term projects. His most current and ongoing work about the empty streets of New York during the Covid 19 pandemic is titled Keep Going New York!!